It appears Adam is a big fan of Clive Barker‘s work, and when Clive recently used Kickstarter to fund a new project of his, Adam was on hand to help out:

Adam is a collector of Clive’s work- and even better, an incredibly nice guy. He’s a rare blend of talent, brilliance, enthusiasm, and gentle insight, and hearing him talk about art reveals why his own success as an artist isn’t an accident.

Adam is a massive creative force himself, and in addition to his musical talents is a gifted artist in multiple mediums.

These tour posters were illustrated and designed by Adam, and to make them even more special they were autographed by all four band members.

And is if that wasn’t enough, Adam took some time yesterday to draw on each poster to make it something absolutely unique to this campaign to raise funds for archiving and sharing Clive’s inspirational artwork.

The four posters are available as single tiers on the Kickstarter project, each one having it’s own price starting at $700 with a special double poster going for $1500.

Update: It appears that they have all sold! 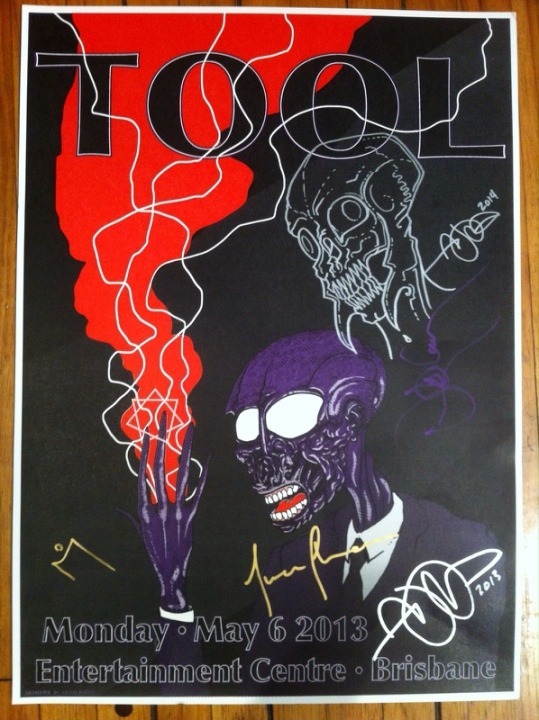 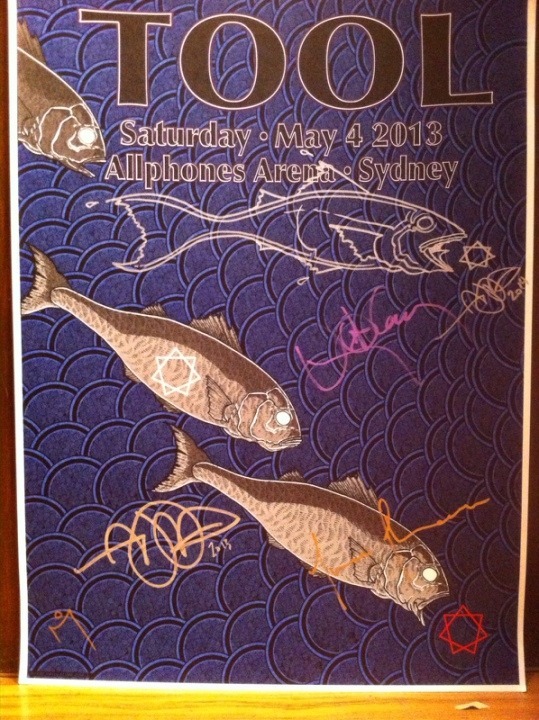 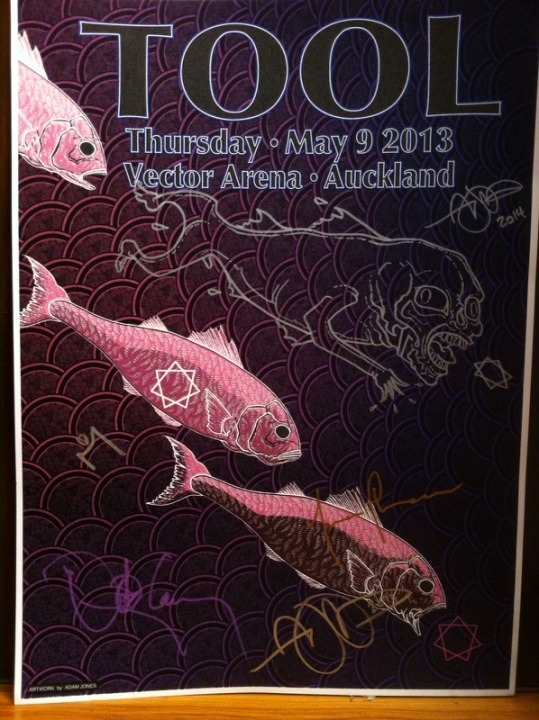 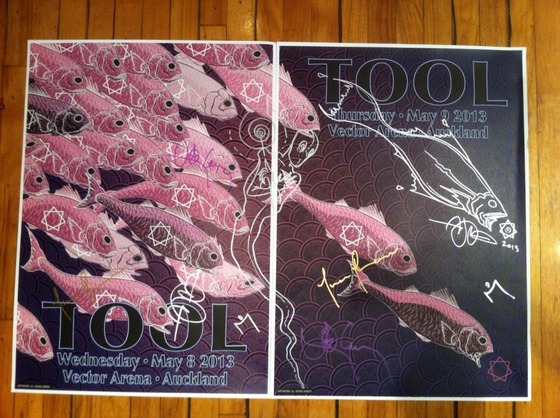 We really do vote with our bucks. Wish I could’ve boughten those to help out, but God knows I can’t afford em anywho. Kudos to Adam.

so its back to reusing posters that have shown up at other shows! well, the cool thing is Toronto was the first to get that white eye ball dude poster. so i have the original. the rest are all junk 😛 haha

do you remember where you saw that?

06 February, 2014 (09:39am) MERCURY RETROGRADE WARNING Beginning today, Mercury goes retrograde for the rest of the month (Did you feel it a couple of days ago?). No major cause for alarm though, and besides there’s not a whole lot we can do about it. However, one effect that it might have – is to spark all kinds of crazy rumors about a few additional Tool shows. Folks, don’t believe ANYTHING until you hear it directly from the horse’s mouth (I mean that figuratively, of course… well… kind of sort of… in this case), especially with Mercury going the wrong… Read more »

The type on those posters is so lame. The fish doodles are kinda wild though.

if any canadian dates appear it will most likely be out west. they have been rotating these little tours when they do if anyones noticed (u prob have) and seattle area/shoot across the border to B.C. sound about right to me.

i dont expect any tool for me but thats ok. saw them 2 years ago so chances are they wont hit here till after the new album. but then again their a greatest hits touring band now kinda. :S so maybe they will.

west coast canada would be sweet