An interesting post on Reddit r/toolband today is an AMA featuring Devo Keenan, son of Tool singer Maynard James Keenan. Devo posted a photo of himself to claim authenticity, I can’t really verify it, since I have no idea what he looks like.

Assuming it’s legit, it’s an interesting read. For Tool fans this is the most topical response:

Thanks for coming by! Have you heard any new Tool or Puscifer yet? Whatcha think?! Also, do you see any further Tool albums after the next one?

I’ve heard a little bit, and it sounds very good so far. If there is another Tool album after the next, I’ll probably be dead by then.

He’s a bit vague, but I’ll assume he’s talking about Tool rather than Puscifer. 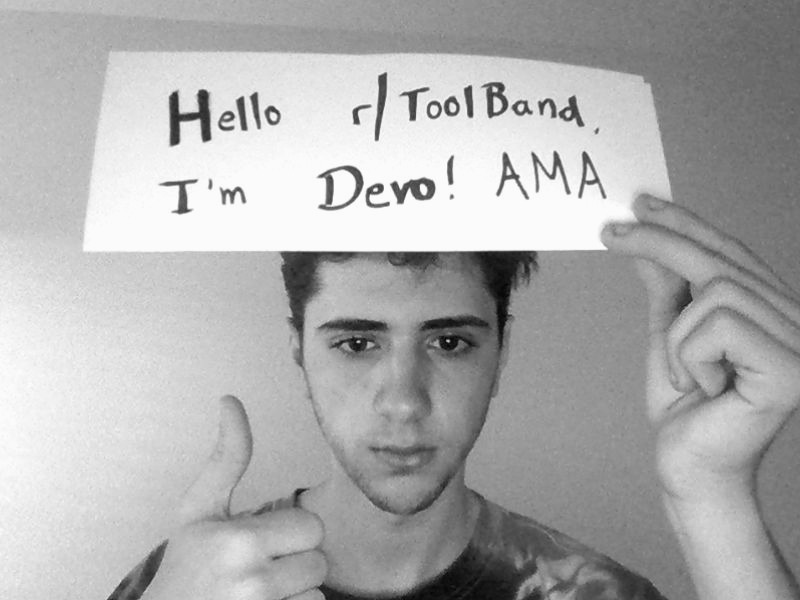 Yea he seems like a chill dude. Tool’s next album is it’s last he makes it seem? Makes sense if it takes any longer than 10+ years to make it

He was joking. He used humor (pretty well I thought) throughout the AMA a lot. While he certainly knows more than us here it didn’t seem like he knew a whole bunch of insider info, or at least didn’t wanna give any up.

i saw a pic of him on twitter awhile ago that someone around here or FB posted. seems legit to me. i figured this will prob be tools last album. just the way they go ab out it and how long its taken it seems it will be. but if u asked them that they prob would say i dont know. it just depends but it does seem that way considering.

All things considered it was a pretty good AMA, he seems like a nice person. I found it interesting that he made it a point to say that he wasn’t a big fan of APC.

ya, thats odd. i really dont have much use for puscifer but always enjoyed APC although thats kinda a thing of the past at this point. something hopefully will be released from tool soon. even if its not the new album theirs gotta be something they have finished with the time thats gone by.

submitting this to YGS 100.

Certainly has a sense of humor like his father. I feel bad for him in this Q&A though because the questions were just simply awful. Repeated questions aside, I can see how the Q&A got tiring rather quickly.

Kid seems very grounded and wants to learn more about vaginas… I mean if that’s not ambition for success then I don’t know what is.

Definitely him. He has many of his dad’s features.