Legend of the Seagullmen debut with Primus

The Legend of the Seagullmen, a band featuring Danny Carey, as well as Brent Hinds from Mastodon will play it’s debut show at the Primus NYE Party in San Francisco later this year.  Going by social media posts recently it sounds like they’ve been recording as well, so expect some news on an album sometime eventually.

Primus will return to the Fox Theater in Oakland for a Goblin New Years on Sunday, December 31st, 2017. Joining Primus for their debut performance will be special guest Legend of the Seagullmen featuring Brent Hinds of Mastodon and Danny Carey of Tool.

There’s a presale for this on the 19th of October, then public sale on the 20th.  It’s a popular event, so expect it to sell out. 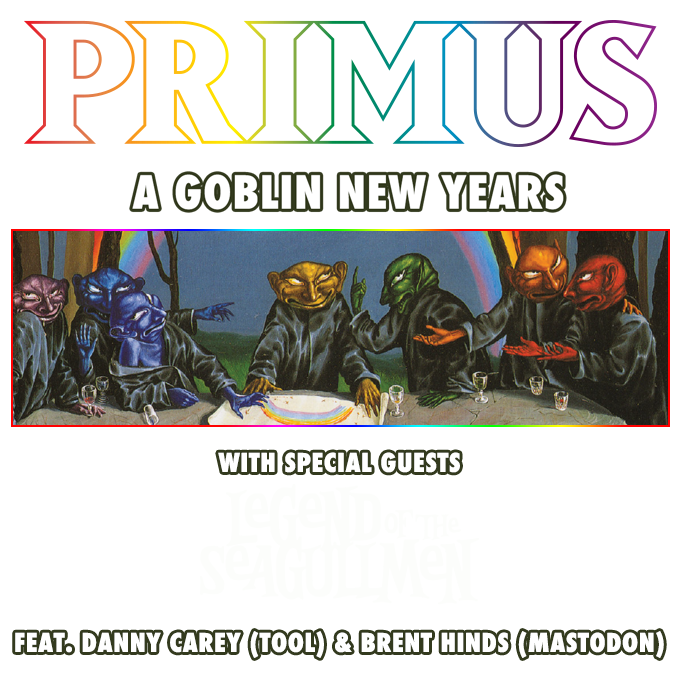 What in the fuck is going on with the band Tool…? Starting a side project indicates to me that obviously Danny has a large block free time. So much for the ‘loft’ and finalizing arrangements on Tool material, lol.

On second thought though Danny has the time to crank out a project no matter what now that the new APC has come to light. Even if the arrangements were ready for MJK to work with nothing could be done in that timeframe.

This side project has been in the works for quite some time now. There’s no real indication that these guys playing regular shows will be a thing.