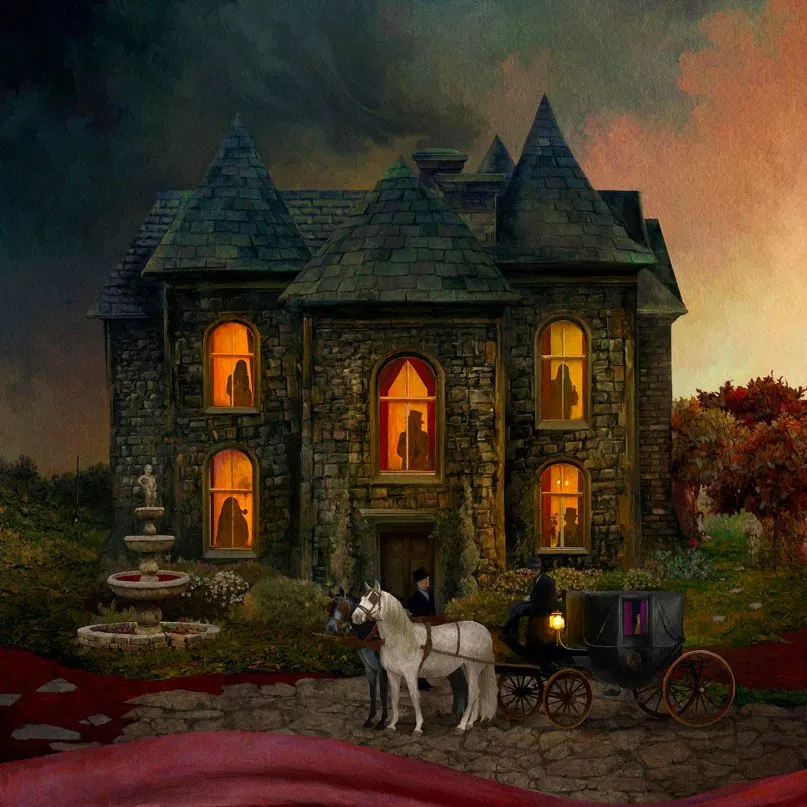 The poll has closed, and I’ve tallied up the votes. 73 readers voted this time around, each selecting up to 10 of their favorite albums of 2019.

It was pretty close at the top, with 5 albums only just missing out on the top 10. It’s also a list very strong on progressive rock/metal. I guess this should be no surprise given were Tool fans, but previous lists have generally been a little more diverse. It does seem to me that prog is going through a bit of a gold patch at the moment though!

Here they are, with a few thoughts of my own on each

Opeth are frequent visitors to Fourtheye top 10 lists, which is no surprise given their prog rock stylings are not dissimilar to Tool. Their latest album continues along the “no metal” vein of their last few releases, and while I don’t think it’s as strong as their last, it seems to be a strong favorite among you lot. In Cauda Venenum was the winner of this poll by some margin.

2. King Gizzard and the Lizard Wizard – Infest the Rats’ Nest

Aussie prog rockers King Gizzard and the Lizard Wizard have put out countless albums in the last few years. infest the Rats’ Nest is probably their heaviest and most “Tool-like” effort to date.

I found Baroness to be a really frustrating band – they have some great songwriting ability, and they seem like nice hard working guys, but everytime I listen to one of their albums, it just seems to miss the mark for me. While I actually think this is one of their stronger albums, the quality of the recording is pretty rubbish for a band of this level, and I frequently find myself skipping over it. You lot don’t seem to agree though, and hence this was a great success in many readers eyes!

Was surprised to see this album so high in the rankings, especially since I haven’t listened to it! Now that I have, I can comment that they appear to be a somewhat symphonic prog rock band with strong vocals. I’ll be sure to have a listen to this over the coming weeks, but on first listen not one to make my favorites this year.

Nick & co. have certainly changed their tact in recent years, with the last three albums being quieter, sonically experimental and largely ballads in composition. Ghosteen brought a slightly more progressive tinge to the album, but to my ears it was mostly more of the same. If you like the direction that Nick Cave & The Bad Seeds currently take, then you’ll love this album

Slipknot – We Are Not Your Kind

Top 10 lists are interesting things – they are more often a reflection of what we listen to, more than a collection of the best albums of 2019. Perhaps We Are Not Your Kind is a great album, but after a couple of listens I was left wondering if I’d missed something. A bunch of you seem to like them though, so I guess there are plenty that are their kind.

Rammstein are interesting in that they have taken almost as long as Tool to produce a new album. This album is also a favorite of mine from 2019, however I find it a little mixed in quality compared to their usual releases. Still, a worthy entrant to any 2019 top 10 list

Cult of Luna – A Dawn to Fear

Cult of Luna have been a favorite on the Fourtheye forums for a little while now, and it’s great to see them getting some recognition in the top 10. Dark, heavy, doom metal that should lighten the heart of every reader.

It’s great to see so much progressive rock/metal style music in the Fourtheye top 10, and Russian Circles are a common favorite among Tool fans. I really enjoyed this album personally, though I felt like it lacked a little something compared to their earlier work.

Another lesser known band on the list, Alcest are a French post rock band, that are well worth your time.

Thanks to everyone who took part. I’ll have my list ready in the next couple of days!

Here are some albums that were part of my list that I feel deserve some attention (These were my top 5 not counting “Fear Inoculum” of course)…
“Nest” by Brutus
“Love & Decay” by Spotlights
“Admission” by Torche
“Lux Prima” by Karen O & Danger Mouse
“Birth of Violence” by Chelsea Wolf.

Spot on regarding Baroness, I really loved parts of ‘yelllow & green’ then ‘purple’ came out and I was horrified at the production. FWIW My faves were, Spaceslug, Roadsaw, Solace, Cult of Luna, Colour Haze, Brunt, Green Lung, Domkraft, Monolord, Howling Giant, Big Scenic Nowhere, Lighting Born, Elder, Lo-pan and Arrowhead.

Forgot Bright Curse, they released a ripper too.

Baroness was such a disappointment production wise. Just baffling and awful.

Few others worth a listen, in my humble:

Alcest is new to me but wow their latest album Spiritual Instinct is pretty great…Check it out.

We’ll have a new Intronaut album in addition to a new Deftones album 2020. Should be another good year for rock just knowing those two are on the horizon (assuming that Deftones don’t repeat GORE yuck).

do you mind posting all the runners up plus your personal top 10?

Mine will come out over the weekend.