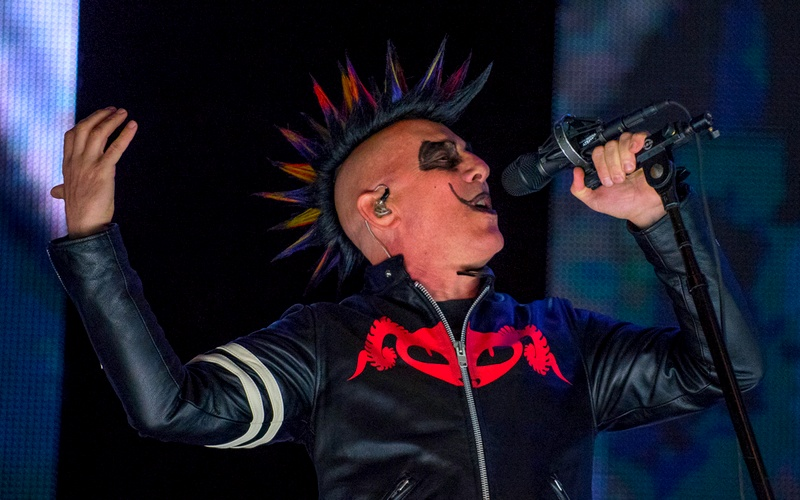 It’s here my friends – the Tool Australian and New Zealand tour of 2020 kicks off in Perth at the RAC Arena. Good luck to all our Western Australian comrades who are getting along to the show!

I saw a really cool article online the other day from PLSN (Production, Lights & Staging News) which talks to several of Tool’s crew members about the epic light, video and laser production that is the Fear Inoculum tour. The article has some great photos as well. Perhaps avoid if you don’t want set spoilers though!

I’d also add that Blair announced on Toolband that we well be getting some tour posters, details are below:

Tour posters for our friends in Australia include artwork by ALEX GREY, ADI GRANOV and MILES JOHNSTON. Look for them at the Merch kiosks. and remember that he band is not responsible for any huntsmans that might be hanging around at these booths with unbridled admiration.

Finally, as I may have mentioned before, I’ll be in Brisbane and Melbourne for the Tool shows, and there will be a catchup in each town:

Brisbane 20th: the Entertainment Centre isn’t exactly in the middle of a busy partying district, so the catchup here will be reasonably informal and short. Provided I can find it (I’ve never been to the venue), I’ll be planning on hanging at the Beer Garden Bar from around 6:30 onwards. Here’s a Facebook event for those inclined to come along.

Melbourne 22nd: on the afternoon prior to the show we’ll be having a get together at the Beer Deluxe venue, at Federation Square kicking off at 4pm (I might be there earlier if time permits). Once again there’s a Facebook event, so feel free to join. Depending on how keen we all are, we may repeat the experience the next day prior to the second gig.

See you all there!

Are you going to come hang out with us bent eye?

Yeah possibly. Just trying to clear some stuff in the arvo.

Enjoy the shows Down Under, folks. You all really deserve it. It has been a looong time. We are so spoiled here in the U.S. And seeing as they played 7empest in its entirety with MJK at the New Orleans sound check 2/1, it’s likely that at least a few of your shows are going to get it first. Looking forward to Aussie reviews of the shows.

I was at the show in new Orleans,but not the sound check. Did 7empest really happen?!

No 7empest yet at any show. Perhaps tonight will be the night, but to be honest I don’t reckon they’re playing it any time soon.

Wrong. Told ya, Matt! Congrats, Sydney. Sounds like it was a helluva show.

Any merch or poster snaps?

I saw a few on Reddit – Adi Granov poster reused from the Memphis show I believe. The merch looked more or less the same as that on the US tour

Is Tool using the new rear, immersive audio in Australia? If so, how does it add to the experience?

My understanding is that it’s very close to the same rig on the US tour (though the heptagram didn’t make it to WA – it should be there tonight) . Can’t comment on how it adds to the show though

2nd Night SYD quick fire review No spoilers but the curtain/light projections and lasers were fricking awesome. Maynardism before Aenema ‘ Hello Sydney de ja vu’ lol then ‘Sydney aye, right by the harbour’ learn to swim. They struggled to keep time on the Patient – I noted danny shrugging and grinning at Justin when they lost time. Maynard also came in early with the ‘wait it out’ part. Pneuma was pretty awesome great to hear it live. Jambi riffage sounded so gnarly it was brilliant and Adam nailed the talkbox solo. I was pissed when I sussed out I… Read more »

Great Review – Can’t wait to see them both Melb nights inc a VIP session. I’m taking a friend who’s never seen them and actually isn’t familiar at all with them so I’m looking forward to checking his reaction. That security you mentioned sounded way Over The Top – I also strongly agree with the no phones directive, but taking it to a physical altercation isn’t cool. I saw them twice in LA last year and the security there were forceful but polite and there were no issues. Bring on Tempest! \../ PS. I have a spare seated ticket (My… Read more »