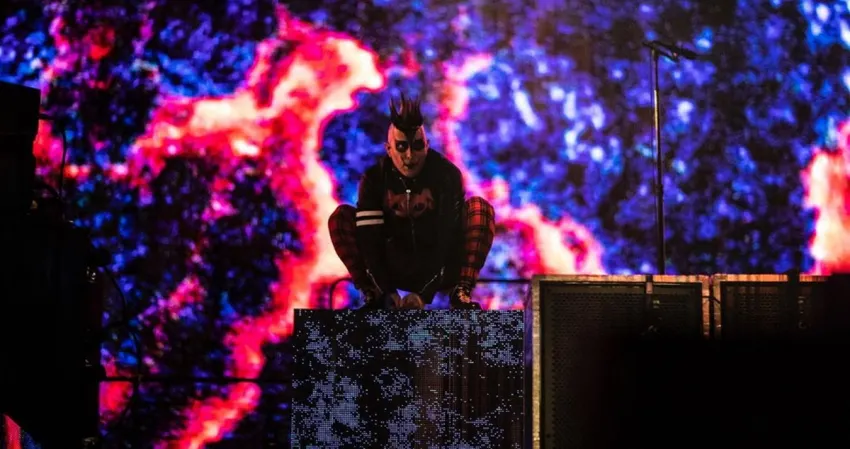 Today Tool have issued a statement saying they will cancel all dates of their 2020 US Tour, following on from the previous decision to postpone them. According to the statement, this is mostly to allow fans to get refunds, rather than having this money tied up in tickets indefinitely. Make no mistake though, this tour will happen one the circumstances allow:

“As so many music lovers have come to realize over the last several weeks, there is no playbook that artists, promoters and venues can pull from in these unprecedented times. When we played what would be our final show of 2020, March 11 at Portland’s Moda Center, we believed we would be back on the road sometime this Fall. As we worked towards that goal we’ve come to realize that there is absolutely no certainty in re-scheduling dates for this Fall or 2021. State and local ordinances vary widely and no one can predict when high capacity events will safely return. At the same time that we were working to reschedule this tour, we read your messages. Messages of job losses, illness, emotional and financial pain. We could continue to postpone or reschedule dates for some time into 2021 but ethically, we do not think this is the right course of action. In our opinion, tying up our fans’ money for months, if not a full year, is unfair. With that in mind, we have made the very difficult decision to cancel the tour so we can help support the people who have supported us for years.

Please know, we want nothing more than to return to the road, to play these songs for you and to celebrate our shared recovery. When the time is right, we will do just that.

In the coming days you will receive an email from the ticketing service you purchased tickets through notifying you of the event cancellation and when to expect your refund.”

Bittersweet news, for sure. I’m one who had great seats for the Eugene, Oregon show (the first to be cancelled when this hit) and was eager to hang onto my tickets and see them when they rescheduled. However, it’s hard to complain about their reasoning. Nice way to look out for the fan-base. Hopefully I can snag good seats again when they come back around.

Luckily I got to see them in Vegas back in January. I had VIP tickets for the Sacramento show which is a bummer but I’ll catch them next time. It just is what it is at this point. So many tickets purchased for concerts this year and now I don’t know when I’ll get to see a concert again… I say it doesn’t get back to anywhere near normal until 2021 at this point.

Stay safe and healthy out there friends!

I was really hoping that they would do what RATM did and re-schedule for next year but allow those who wanted refunds to get them (otherwise you keep your seats). I was incredibly lucky and got amazing seats for the Uniondale, NY show. Overcoming the scalpers and bots on Ticketmaster for great seats is near impossible. I felt like I hit the ticket lottery. It was going to be my son’s first TOOL show and, unless we do a VIP in the future or I spend insane money on StubHub, he’ll probably never get to see them from seats like… Read more »

They offered that to the VIP buyers at first (to keep tickets and wait for reschedule). The fact that things are changing day to day though… and with all the protests and riots in the US right now… There will likely be another huge outbreak of COVID if scientists aren’t lying to us… So the second option was to cancel everything until further notice. I think it’s the right thing to do. TOOL did it right…

Bands need to be careful with their rescheduling, especially ones that are touring overseas. I can see the possibility of domestic tours happening in the next 12 months, but I suspect international touring won’t be happening anytime soon. I suspect we’ll see band re-rescheduling or flat out cancelling tours again and again.

I’ll take a cancel and refund for the foreseeable future.

Not rubbing it in, but I’m so glad they got the Aussie tour in before COVID. Once all this is over they’ll kick back up again. I just hope the guys are using this time to come up with some new material.

No concerts, not events of any kind, don’t go to the beach, don’t go to parks with your kids, don’t go to work, don’t go to school. If you do you’ll KILL people. Oh, but if you want to go out and virtue signal and perhaps do some looting then, please, by all means do it. The world is run by idiots.

Not so idiotic at all. That some people have suffered a lifetime of systemic oppression and finally reached breaking point is also unsurprising. Taking that and turning it into bitterness you haven’t been able to go to the beach recently seems more idiotic to me.