The Witness by Adam Jones 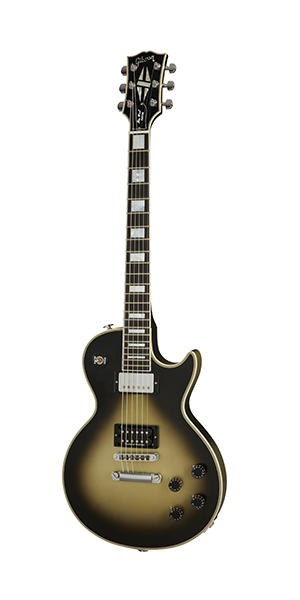 Gibson have formally release the new Adam Jones Silverburst replicas with the release of The Witness – a new instrumental track composed by the Tool guitar player. The recording itself also features the other members of Tool, sans Maynard.

The guitar comes in two editions, priced at $5999.00 for the “cheap” model, and $9999.00 for the most authentic replica. I hope you’ve been saving your pennies! They both seem pretty limited too, so good luck finding one!

“The Witness” by Adam Jones

For the world premiere of the new Gibson Custom Shop Adam Jones Les Paul Custom, a special animated short film, “The Witness”, was created and scored by Adam and mixed by Joe Barresi. Adam was heavily involved in re-creating the new guitar, working with Gibson’s luthiers in Nashville, TN to ensure the instrument was a clone of his #1 guitar. Utilizing his extensive experience in visual art, special effects and design, Adam Jones is both the director of the majority of Tool’s music videos and creates the visual experience on stage for the band. The Adam Jones 1979 Les Paul Custom is a limited-edition guitar offering from Gibson Custom Shop Murphy Lab that exactly recreates Adam’s #1 guitar, his prized original Silverburst 1979 Gibson Les Paul. A limited offering of 79 Adam Jones 1979 Les Paul Custom replicas have been precisely aged by the expert luthiers and craftspeople of the Gibson Custom Shop Murphy Lab, led by Tom Murphy, then signed and numbered by Adam himself. An additional 179 Adam Jones Les Paul Custom replicas for 2020 feature exclusive silkscreen artwork on the back of the headstock, created by Joyce Su and Adam. The two also collaborated on the design for the custom hardshell guitar cases housing each instrument.

I love the track. Much better when listened to without the video.

Ouch… $6K is a few grand more than I would have thought. I was thinking $4K at most… I’m out on that. Haven’t had a chance to check out the track yet but can’t wait.

Pretty solid track. I really enjoy it. Throw Maynard in and you have another excellent track for a record.

Divorced was better … change my mind. ha ha! I wish I loved anything or anyone as much as this man loves his guitar. Freaking bitchin man! Wish I had the money and a guitar sized vault. And some guitar lessons.

This is every guitarists dream and then some. Been searching for a ’79 Silverburst for ages now. The price is to steep for me, but great to see a project like this executed this way.

Now where to find a decent audio rip of the song. I love it.

Just ridiculous pricing there.
3k & 6k respectively would have been a lot more reasonable.

Guitars of this nature are almost always ridiculously high – there was some indication there will be a more reasonably priced, perhaps Epiphone model coming out.

I’ve never seen a 10k USD for a signature model.

It’s not unheard of, Gibson have another listed on their site as I write this. That said, the 10k model is a bit different from your regular signature model. Whether this is worth the extra thousands is subjective, but I wouldn’t pay it.

Hey did anybody see the article about the batch of these that were stolen? I was out of town on a business trip and only saw a blurb and haven’t looked into it further.

Yes 10 or more I believe. Mein Hellboi has been distracted lately it seems.

Life is pretty busy, so I’m being a bit more selective over what news to publish here, preferring to post actual news, rather than minutiae

What do you do with 10 stolen guitars that are completely unique. I mean… these all have their own serial numbers and cannot be passed off as vintage and if sold “as new” it’s clear they are not new otherwise they’d actually be silver… Are they going to get a couple hundred bucks out of the back of a trunk in a parking lot? Also, the release of these guitars has driven up the price of the vintage ones online which were on average priced between $3500-$6000 depending upon the condition. At least for the ones I found on Ebay… Read more »