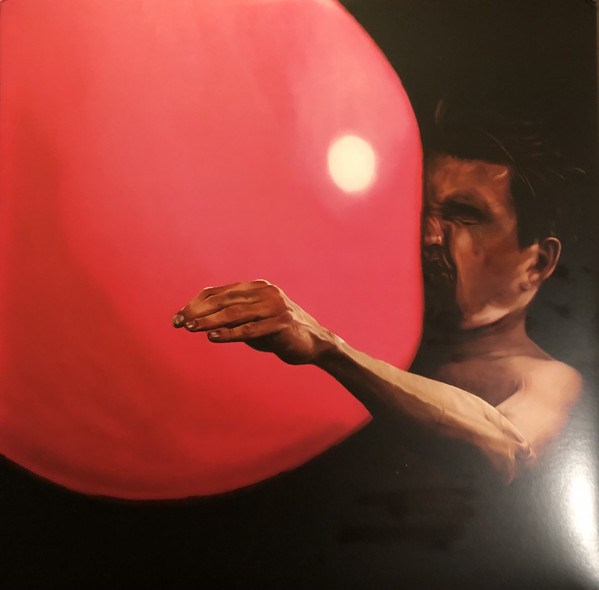 Happy Invasion Day everyone! A few weeks ago I gave you Fourtheye’s Top 10, and now it’s my turn. There were plenty of cool albums this year, and this time around my Top 10 aligns somewhat with yours, with a number of shared albums.

This year, I reckon it was a pretty decent one for releases. While a few I found a little underwhelming (in particular Puscifer & Mr Bungle) there were a couple that really took me by surprise, releasing some of their strongest work in years. I found picking my top 9 records pretty easy, however the tenth could have been any one of a half dozen albums. I’ll share a honorable mentions section at the end of this post, as well as a handy Spotify playlist.

Anyway, here’s the list in something resembling the order of how much I liked them. Feedback and critique welcome!

Update: I’ve elected to take Marilyn Manson off of this list, in light of recent allegations against him. I think the position in the top 10 is much better supporting a lesser known artist. Welcome aboard Huntsmen!

This is talked up as one of their best albums in some time, and personally I’d go so far as to say it’s my favourite album of their post-White Pony. It’s got some ripping guitar riffs, and is a great listen from beginning to end. Keen to see them play this one live as well!

One of the cooler indie/punk bands around these days, releasing another great album to savour. Featuring some guest vocals with Jesus Lizard singer and Schism commentator David Yow

Super heavy Italian progressive metal. Never heard of this band prior to 2020, but this album is a stellar listen. Great sounding album, with some amazing passages. Get on it!

The party album of 2020, if parties involve a wall of noise, acid and distortion. Who’s keen for a party?

Napalm Death – Throes of Joy in the Jaws of Defeatism

These grind/death stalwarts from Birmingham rarely put out a shitty album, and their latest is certainly no exception. Fantastic both when it sounds exactly as you expect, but also full of some great, somewhat un-Napalm Death sounding moments.

This band is always a pleasure to listen to, being masters of their individual instruments. While I’ve enjoyed their work in the past, this is one that really stands out to me as being some of their finest work.

I won’t go on about the cutting political messages that this album delivers, but I will call out the create sample, rhythm and lyrics of this outstanding album. I especially love the Gang of Four sample on The Ground Below

Super groups can be a little hit and miss, and while I didn’t think their first album was great (it was ok) this one is pretty awesome. Featuring a little less Max Cavalera makes for a better listen to my ears, and there sure are some killer riffs and choruses on this album

Dwaal – Gospel of the Vile

Love the guitar tone on this heavy heavy doom album. If you dig Yob, then there’s a good chance you’ll get some value listening to this.

Hunstmen are a great prog rock/metal from Chicago. Long epics with strong power riffs and dual vocals. Awesome underappreciated stuff Think of also Khemmis and the like.

Nice! Dwaal are new to me, but I’m listening right now. Emma Ruth Rundle/Thou – May Our Chambers Be Full and Volur – Death Cult were favorites of mine that have similar vibes, e.g. inescapable doom.

Made the below awhile back. Check it out if you’re curious.

Last edited 1 year ago by TheGustyBus
1