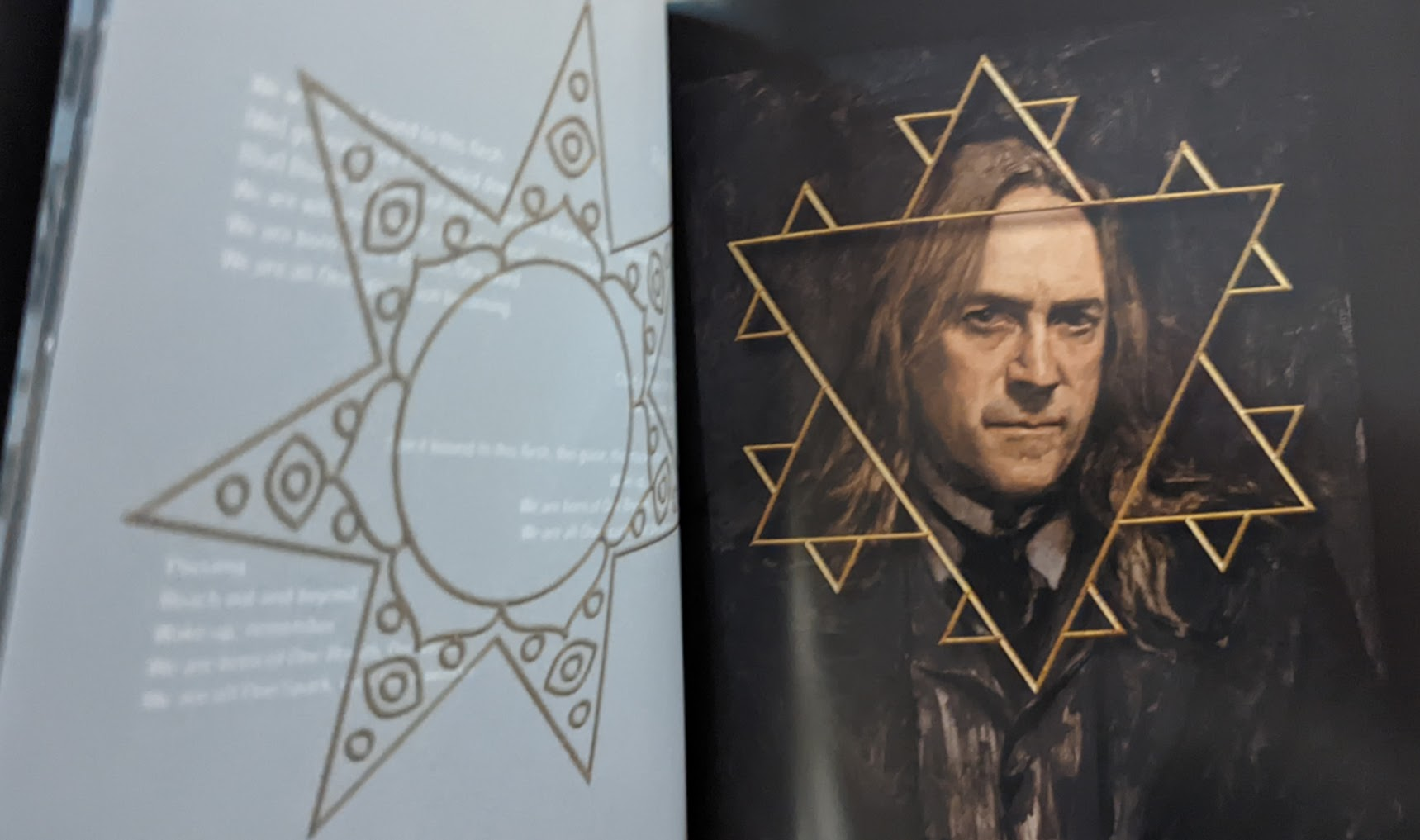 Hot off the presses from the Tool website is news that a vinyl issue of Fear Inoculum is finally on its way in April:

There’s some late breaking news from the band. Having just received their personal allotment of the forthcoming (TBA) FEAR INOCULUM ULTRA DELUXE LP, they were inspired to offer for sale this very limited number of advance pressings to TOOLARMY VIP PACKAGE holders (taking advantage of their early merch access) beginning with tonight’s show in Philadelphia and extending to the remaining shows in Elmont, Newark, Buffalo, Pittsburgh and so forth, or until there are no more available (prior to the worldwide release that’s projected for sometime in April). Furthermore, these early vinyl arrivals (only a tour item for the time being) have been AUTOGRAPHED, adding a personal touch to the cover imagery. The package contains 5 discs of industry best 180g vinyl, with audio tracks on one side and etched art on the reverse of each side of the disc.

Though the quantities are very limited, should there be any remaining copies, they will be made available to concert goers at the general merch booth.

As a guy who’s pretty keen on vinyl records, this is good news. I’m looking forward to seeing these go on sale in the coming months. I suspect they won’t be cheap though, and not expecting to be paying any less than $200.

Sadly I’ll never own any FI physical release. The material to me is their weakest and the prices outrageous.

Fair enough – I love the album personally, and the physical releases are some of their best work. While I get the gripe with the “outrageous” price, given that “regular” CD releases are mostly dead I understand why Tool have gone down the path of making the packaging fancier, and therefore more expensive. If you just want to listen, go to Spotify or something

900% Agree! I love the physical releases. *unintended pun LOL. Tool puts incredible high quality materials into most of their releases. It is truly a wonder to hold these media creations, to feel, see, smell and hear the careful consideration that has been given. Just imagine a child 80 years from now finding an old chest in his crazy uncles backyard full of Tool and other musicians box sets and collectibles. My father had probably 30 boxes of 45’s that got destroyed by my cousins and being kept in a poor quality shed. Such a loss. Hope that doesn’t happen… Read more »

The art is awesome but I’d rather see all that real estate used to cut 45 RPM onto 12 inch records. Supposedly higher quality vinyl sound. For the price of this vinyl will any of it ever touch a needle? Kind of sad if you think about it. I have Lateralus on Vinyl but I’ll never take it out of the dust cover. ha ha!

I’m not planning on buying and autographed version of this ($810 is way more than I’m willing to spend) but I will almost certainly be playing the unsigned Ultra Deluxe edition, unless there’s also a “standard” edition being released as well (ie 2 discs instead of 5).