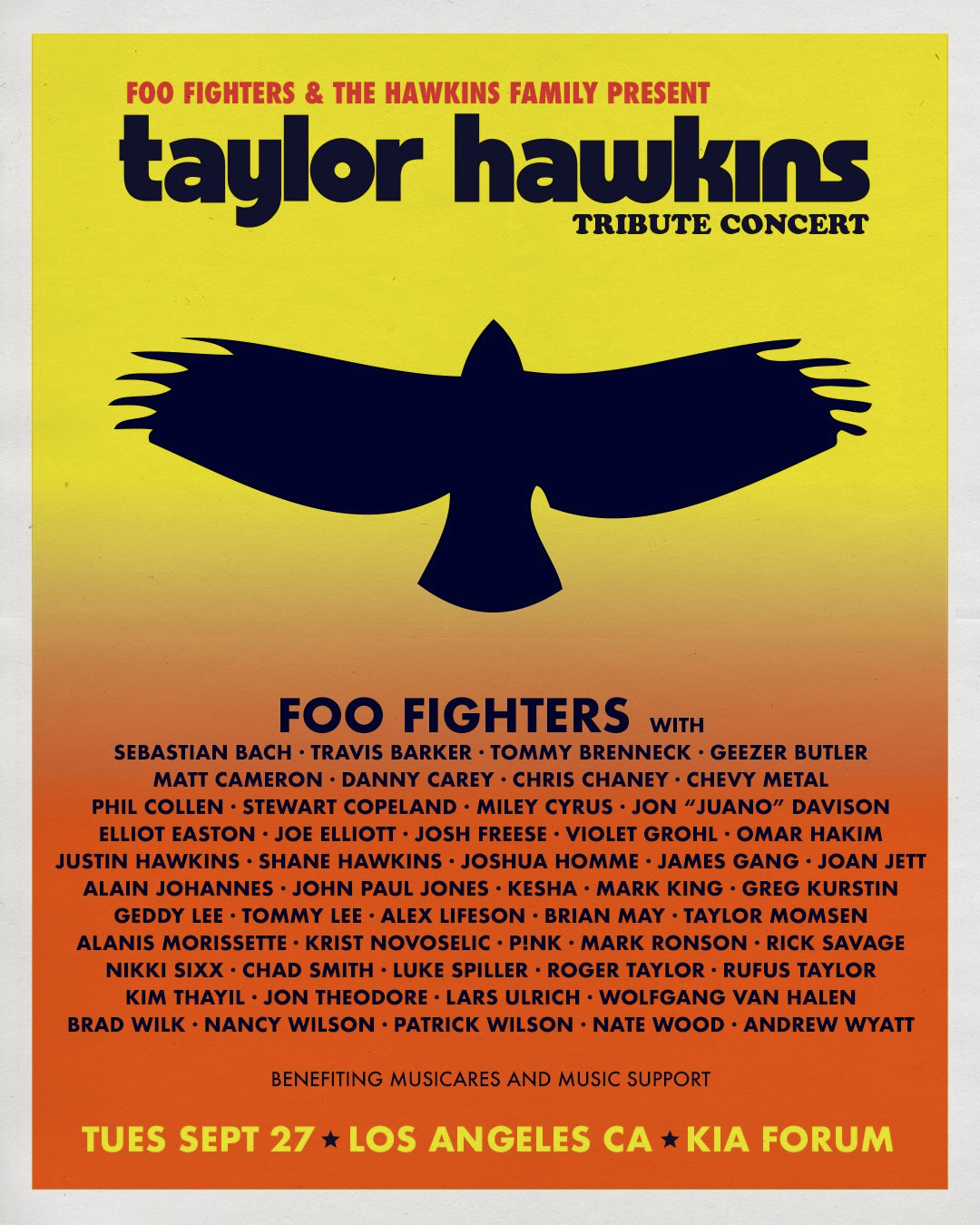 This Tuesday night the 27th of September is the second Taylor Hawkins Tribute Concert, and it was announced recently that Tool‘s Danny Carey has joined the list of guests for the evening. No word on who Danny will be performing with, but with members of Yes and Rush on the lineup, prog fans worldwide could be in for an interesting night!

It’s not really confirmed yet if this show will be televised, but the UK version several weeks ago was. Also featured on the night is A Perfect Circle alumni Josh Freese, as well as Soundgarden members Matt Cameron and Kim Thayill. There’s a huge guest list, so everyone is likely to find something of interest! I watched the UK version of the show, and it was definitely worth the time – both a great celebration, as well as an emotional tribute.

At risk of being a douche by saying this but where was all this love when Chris Cornell died? I mean Taylor didn’t exactly choose his death. Why does that make such a difference? Never seen such amazing outpouring of love for and from the Rock community. We hate to lose our legends I love these tributes. Rock on our brothers and sisters because we only spin around this star so many times until we fall down.

I think it’s just a combination of Taylor (and to a certain degree Dave) having a wide circle of friends, and how much more glamourised death tributes are in this day and age.