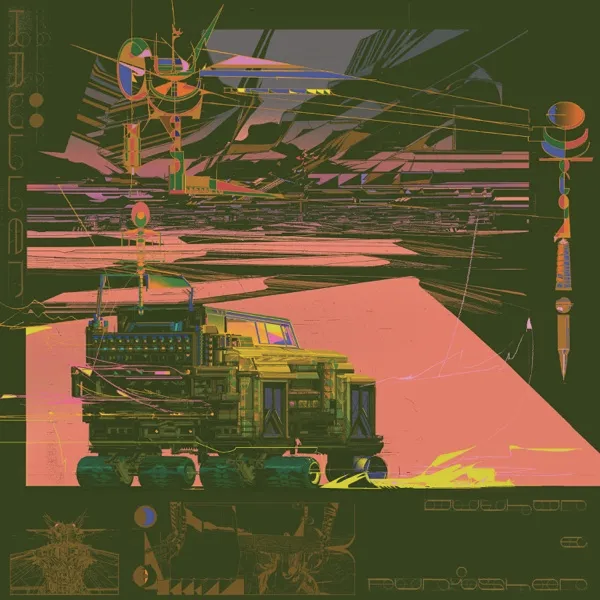 It’s New Years Day here in Oz, and what better way to celebrate than with a few tunes! Here’s my top 10 for 2022, in some vague semblance of order:

Tristan Shone uses an array of hand crafted machinery to generate his beautiful industrial noise. Krüller is one of the best sounding Industrial albums in a year with many great releases for the genre. As an added bonus it features Justin Chancellor and Danny Carey on a couple of tracks. In fact Centurion – featuring the Tool bassist, is right up there with my favourite tracks of 2022.

This album has appeared on a wide range of metal top 10s for 2022, and I guess my list is no exception. God’s Country is a dark, doomy album, heavy on sludge, and sounds unlike many records you’ve heard this year. If you like your music dark and moody, check Chat Pile out

Melbourne band Thornhill took my by surprise at the recent Good Things festival, with their fuzz heavy meld of Deftones and Muse style pop-metal, great stage performance, and thundering bass. A week later I checked out their latest album Heroine, have been hooked ever since.

Revocation are a pretty common inclusion in my top 10 lists. This band seem to age like fine wine, with Netherheaven being as metal and catchy as anything they’ve written. The guitar playing has great depth, as do the rest of the instruments. Netherheaven is one of the best technical death metal albums in the last few years.

I really dug the interesting vibes, rythyms and sounds from New York death metal act Aeviterne. The album sounds quite faimilar in parts, yet oddly pulsating beats and riffs combine to create a unique listen to my ears.

Stabbitha and the Knifey Wifeys – III

Some may complain that with the death of record labels, so have died great bands with them. I disagree – with the movement towards streaming, DIY and locally produced music, I feel like there are more bands than ever getting exposed. I often don’t find myself listening to enough local Adelaide music, but this year I made the effort, and was rewarded by this amazing album by the well names Stabbitha and the Knifey Wifeys. Part crusty punk, part crusty metal – right up my alley!

Italian alchemists and power trio Ufomammut return with their ninth studio album Fenice – and it’s a ripper. It’s got some amazing groovy riffs, as well as some powerful atmospheric pieces. The psychadelic journey well worth taking…

Cave-In haven’t graced us with an album in over a decade, and this melding of hardcore and metal is both gratifyting and cerebral. Heavy Pendulum was undeniably worth the wait though! From Blood Spiller to the epic Wavering Angel, this album as fantastic all the way through

Most of my Top 10 lists end up being pretty heavy, and I guess this entry is no exception. Another technical death metal band, somewhat heavier and more technical than Revocation, but without quite the same sense of groove. Despite that, Decapitated dug deep from the mine of riffs, and produced Cancer Culture – a great album (with a few great guests I might add!)

Not sure if it’s just me, but there seems to be more and more great industrial music coming out these days. Not that Apple friendly NIN shit, but genuine filthy and claustrophobic stuff. HEALTH actually mix it up quiet a bit though, with plenty of glimpses of sun amongst their tunes. Trent even sings on a song!

I actually found it pretty hard to whittle this down to 10 albums. The first five were pretty easy, but from then on any of the below could have easily slotted into the list. I love new music, and was happy with the output from a range of artists in 2022

Spotify users can find a playlist containing all the tracks I liked in 2022 below:

Author & Punisher was a highlight.

no users poll this year?

I started one in the forum, but takeup was so low I decided it may not be worth the effort this year. Traditional websites such as Fourtheye are a bit of a dinosaur these days….

I’d welcome anyone to post their top 10s here!

I visit your site weekly. Social Media is like everyone burying their heads in the sand, only seeing what they want to see. Thank you for exposing me to new music. I truly appreciate it.