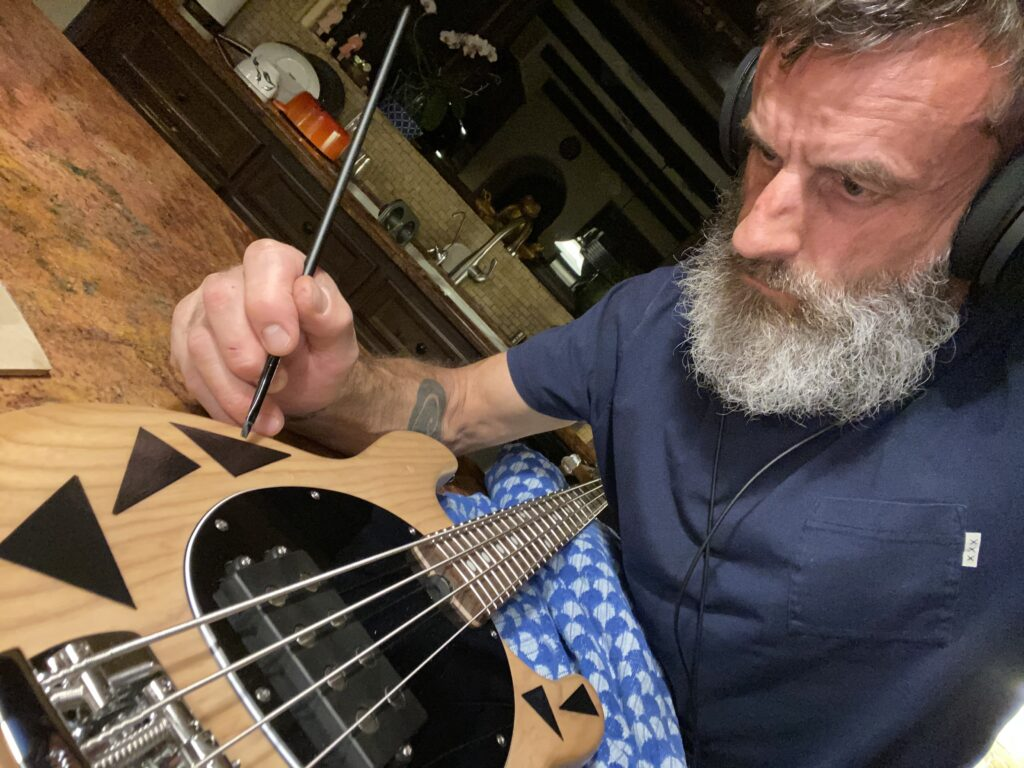 Justin Chancellor Bass up for Auction

Tool bassplayer Justin Chancellor is currently auctioning one of his Ernie Ball Musicman Stingray basses for charity. Run by French metal band Gojira, this fundraiser is for Brazil’s Indigenous People Articulation (APIB). Proceeds of this, and other auctions will raise much needed funds. According to Toolband: Justin has autographed and painted his 2019 short scale Ernie Ball StingRay bass and donated it for a live auction raising funds for indigenous… Read More »Justin Chancellor Bass up for Auction 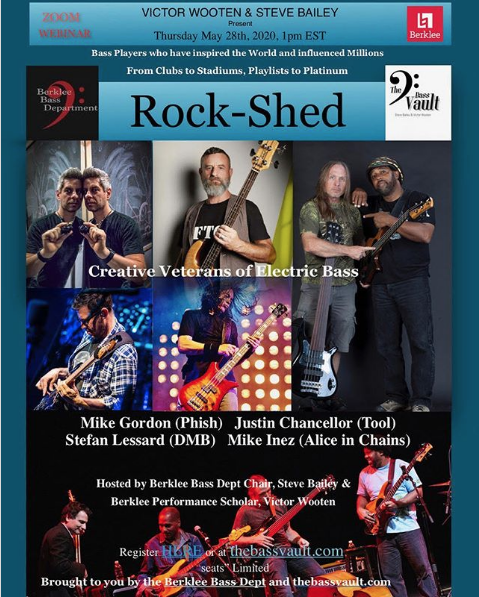 Just a couple of quick updates, firstly Tool bass player Justin Chancellor will be taking part in the Berklee College of Music’s bass player seminar this Thursday at 10 am US Pacific time. Instagram has all the details you need! Also happening this weekend is a stream from the Baked Potato, featuring Danny Carey sitting in with the Webb All Stars. If you’re like me, and always been keen to… Read More »Danny & Justin streaming soon!

Justin Chancellor is a busy guy – while preparing to record a new Tool album and DJing at Legend of the Seagullmen record launches, he’s also recording with experimental hip hop band Death Grips: Working on the new album with Justin Chancellor pic.twitter.com/cFMacJ3WiT — Ꭰeath Ꮹrips (@bbpoltergiest) March 15, 2018 Perhaps he just got lost on the way to the Tool studio?  Who knows – either way having been a… Read More »Justin Chancellor joins Death Grips on next album

There’s no real Tool news at the moment (nor will there be for some time I suspect) so we have to make do with some news that is only kinda interesting, depending on what floats your boat. Anyway, what floats my boat are guitar pedals, and Justin Chancellorr has a fancy custom version of one by boutique pedal vendor KHDK Electronics.  It’s based on their overdrive pedal called Abyss, and has some… Read More »Justin’s custom pedal & A Perfect Circle tickets

Justin Chancellor was at the Warwick Bass Camp recently, and took some time to speak with Jakub Milszewski from Top Guitar about Basses, M.T.void, football as well as a sneaky Tool update: For those not interested in watching the video, and just want the Tool “news”: just trust me that it’s gonna be awesome…..it’s gonna happen – it’s in the oven, it’s in the oven…..it’s cooking, it’s cooking Hopefully some… Read More »Justin Chancellor talks about basses and cooking

Here’s a fantastic video from Ernie Ball where Justin Chancellor talks about Bass, Strings, Tool and life in general.  Well worth the watch!

To no ones surprise the Signed Salival DVD‘s sold on on Toolarmy for US$200 at around 4:00 PST in less than a minute.  Vuduchild (who was lucky enough to score one) sent me this pic which was posted on Toolarmy: Let the bitching about the price of an item you weren’t forced to buy commence…

According to my calendar it’s Justin‘s Birthday today (the 19th of November), so if you’re reading – have a good one! Also, Blabbermouth (and a couple of other sources) are still reporting that Maynard is planning a series of Puscifer gigs at the Palms in Las Vegas in February next year.

A new post on Toolband/Army shows off Justin‘s nephew Charlie, who has just entered the world. The accompanying picture which I’ve included below shows Charlie, and possibly Justin, though without the beard I can’t tell!Also noted in the post is that Justin’s store Lobal Orning has shut down, though the do plan on revamping the website with lots of “cool stuff” in August.

I spotted an framed and autographed picture of Justin on Ebay just this morning, going for AU$199 or a buy me now price of AU$299.  Comes with a certificate of authenticity (authenticated by whom is always my first thought with these) but looks legit enough.