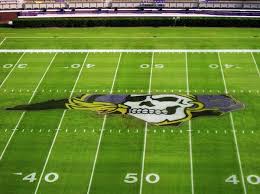 My buddy was just there last weekend I'll have to ask him about it.

Re: What are you watching? Film/TV

Happens a lot around here. It usually just turns into name calling.

Finally, we agree on something.

My friend has an idea to control the rat population by genetically modifying it so it grows a large set of antlers. No more scurrying into those tight spaces!

One small layout design change would be nice. Move the total posts and page numbers that are at the bottom of the page under the quick reply box to a spot above it and just below the last post on that page. Would make it easier to see if there is an additional page to view instead of having to scro...

Not Tyson wrote:You're right, why have jails at all!

So Wal-Mart can make money!

It's fun if you like breeding, training and showing purebred dogs. I guess you are right... it would be fun to create animals from a limited gene pool that are susceptible to a wide range of congenital health problems and then throw them to the shelters when they don't make the grade and won't make...

Not Tyson wrote:If I'm going to think about it, I'd say it's a disappointment he robbed us of his punishment.

But he saved the taxpayers a bunch of money.

basejumper wrote: Because we can
Because it's fun

Well there you have it. Two reasons why people use breeders.

At least we are only contributing to our own deaths. Haha!
And how is buying a dog from a breeder fun?

hellboy wrote: I can't think of a reason why anyone would jump off a cliff with a parachute either.

I can give you a few...
Because we can
Because it's fun
To escape an approaching avalanche or bear

^ it is an interesting thought... me, I'm indifferent. I do not mourn nor smile.

Why would you ever ever ever buy a dog from a breeder? There's plenty of good reasons. Not all breeders are assholes, just like not at Rottweilers are killers. This is crazy! 2 things in the last week that I agree with Tyson on! :o I can't think of any good reasons to go to a breeder. There are mil...

Re: What are you listening to?

Re: Where are you going/Where have you been? Travel advice,

At the moment, I'm thinking about getting a pair of these in Sydney just after I land: http://www.keenfootwear.com.au/Product/Men/CNX/Clearwater-CNX---Black-Gargoyle I have a similar pair of sandals and something that you may want to consider is that these are closed toe. While they work great most...

Re: The Machine - Solar Corona

Busty, you have no idea what you are talking about....That shit kicked in on track one!
Really, really dug the hell out of this.
Good stuff. Thanks for the selection!!!!!!

Great song
Ok video. I liked the slow mo parts but would have liked to have seen maybe a contrasting sped up part especially during the guitar solo.

Re: So where is the loft?

And yet another thread has turned into a pissing contest/internet argument-fest. Sweet :roll: It seems that what happens when you have these mouthy drama queens with huge egos.... BTW, is it that big of deal that he asked where the loft is? Why jump on this guys character and attempt to demean him ...

Re: Cult of Luna

I would like Cult of Luna more if they were just an instrumental band. The singing puts me off.

I really liked the Bossk selection, will be checking out more of that. Thanks.

Time to take this to the appropriate thread... I agree. There should be a thread where all of you can flirt and talk all your gay talk in one place because there seems to be an awful lot of it going on around here... not that there's anything wrong with you guys flirting, it just takes up unnecessa...

He's the Boss... not that imposter Crow

Actually I don't listen to Springsteen either. Never liked it.
Search found 1383 matches